The Indian governments’ “efforts” to bring the ground condition of its newly formed union territory Jammu and Kashmir will be observed by a team of 15 representatives from different nations. The list of the nation includes the United States, South Korea, Vietnam, Bangladesh, Fiji, Maldives, Norway, Philippines, Morocco, Argentina, Peru, Nigeria, Guyana, and Togo. 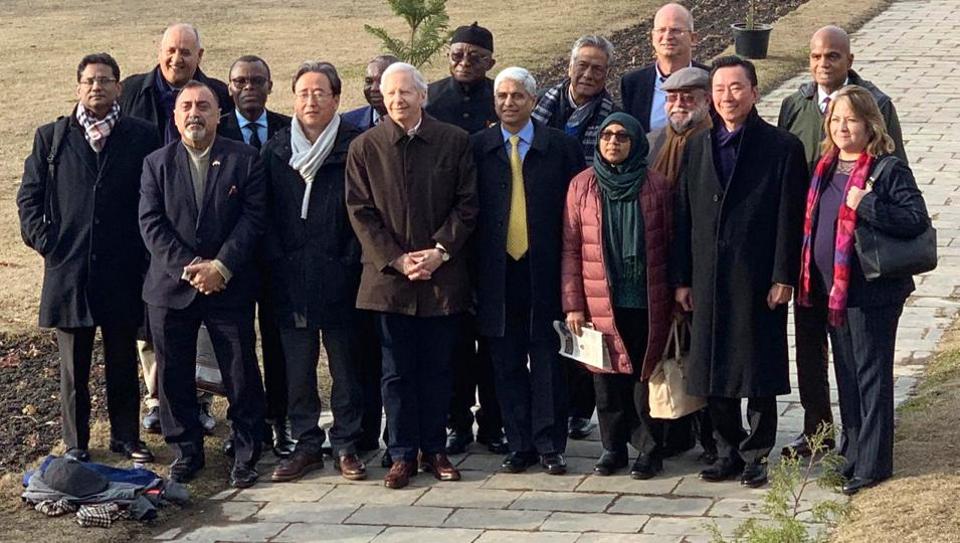 This 15 member team differs from the 23 member delegation of European MEPs that visited Jammu and Kashmir on October 29th. Instead of an “unofficial” trip to Jammu and Kashmir by the European delegates, this one’s completely an official trip. The representatives would check how much normal the situation is compared to the claims made by the Indian government about its newly formed union territory.

The representatives of 15 nations, in their two-day visit to Jammu and Kashmir, will meet over a hundred people that include politicians that were put under house arrest after the revocation of article 370, newspaper editors and other ground representatives. This visit of foreign representatives will observe that no shut down of markets or restriction to people’s movement is in play, as did the past EU delegations’ visit observed.

The team will observe what else isn’t normal from internet accessibility to everything a free state must enjoy without any restriction.

#Kashmir: Supreme Court says internet services are intrinsic to right to free speech and cannot be suspended without providing reason and duration there of

Raveesh Kumar, the Minister of External Affairs speaking about the first day interactions of the 15 representatives’ group said, “Their first meeting was with the security officials to understand the challenges of maintaining security, including the threat of terrorism in the union territory. This was followed by an interaction with civil society from all walks of life and from all over J & K. The group also interacted with the local media as well as a group of political leaders.”

Closed-door meetings were organized by representatives that were invited from South America, Africa, and Asia with politicians who were led by Altaf Bukhari, the emerging face of non-National Conference and non-Peoples Democratic Party third front. The main points that were raised during the meeting were whether Pakistan was trying to invoke any sort of violence in the Valley after the revocation of Article 370. And how much was the State against Article 370’s revocation, that took the special status which it holds?

Amongst other leaders, the faces that met the representatives of 15 nations were Ghulam Hassin Mir of the Jammu and Kashmir Democratic Party Nationalist, Noor Muhammad Sheikh of the PDP with Rafi Mir, Javid Baigh, Abdul Raheem who are also from the PDP and Congress’s Hilal Shah and Shoaib Lone.

Reporting to a Qatari news agency, Sidiq Wahid, a political analyst and an academician who operates in and from Kashmir said, ”Such delegations have no credibility. The government in Delhi is trying to seek legitimacy for itself. And from a Kashmir point of view, there is so little credibility for such delegations. Why do you need delegations? Why can’t just people come freely? The expectations of Kashmiris is very low. We (Kashmiris) continue to struggle.”

With a second guided tour for foreign representatives after the revocation of Article 370, the question that goes on in the minds of many residents is,” Why are foreign delegates called in to determine normalcy of a previously Indian state, currently Indian union territory?” The union territory has been under lockdown since the 5th of August. A Kashmiri resident Rameez Ahmad Mir said,” These people come here… they eat good food, stay in luxury hotels. They hardly question India on its oppression in Kashmir.”