New Delhi: ‘NRC was never discussed since 2014. Even in Assam, it was done on Supreme Court’s orders.’ After several days of protests where people have been killed, injured and property damaged, Prime Minister Narendra Modi on Sunday hinted that there were no plans to implement NRC across in the country. This, despite the President and Home Minister Amit Shah both saying in Parliament that NRC would be implemented countrywide.

Speaking for over 90 minutes on Sunday at Ram Lila ground, the PM defended the Citizenship Amendment Act, saying it had nothing to do with Indian citizens and there was no plan to snatch anyone’s rights. He also slammed the opposition for inciting people. He said, ‘abuse me, burn my effigy, but don’t burn the poor man’s rickshaw or his home’. 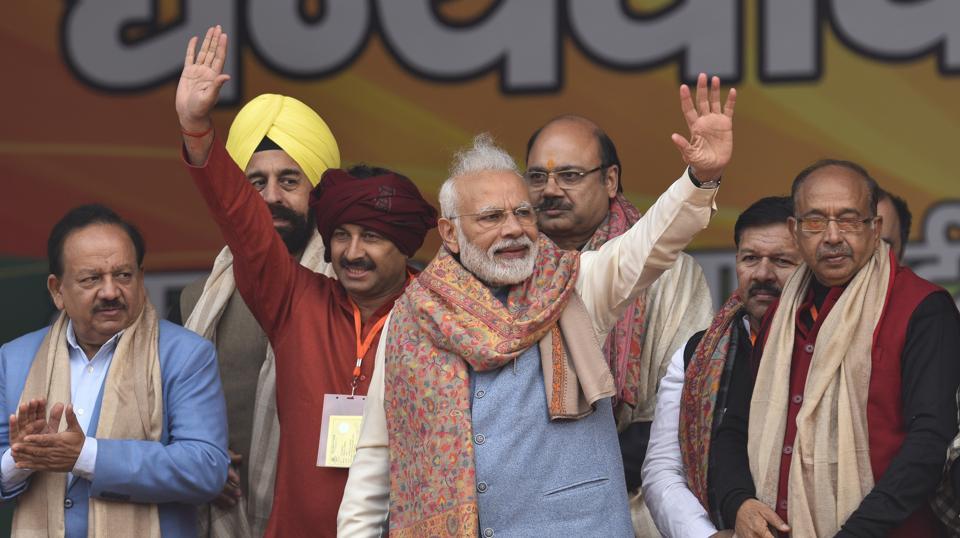 Putting up a strong defence of the contentious law, he said at a rally in the national capital that it is about giving rights to persecuted minorities from neighbouring countries and does not snatch anybody’s rights.

Launching a scathing attack on opposition parties like the Congress, AAP, TMC and the Left over their protests against the law, he said India had an opportunity to expose Pakistan over its discrimination against minorities but it was lost due to their politics.

In fact, he said he was surprised that some SC/ST leaders were protesting, without even realizing that most refugees from Pakistan were from the SC/ST community.

He dared his rivals to find anything discriminatory in his work and alleged that they have resorted to dividing the country through their “vote bank politics, lies and rumours” after being unable to challenge him politically.

Speaking strongly against violence during the recent protests against CAA, he attacked the opposition for not making appealing for peace and that their ‘silence’ showed their support for the vandals targeting public property.

Praising the police forces, which have faced criticism from the opposition for using undue force against protesters, the PM said policemen don’t change with governments, and they do not become anyone’s enemy because of political changes.

He quoted comments of former prime minister Manmohan Singh and Rajasthan Chief Minister Ashok Gehlot in support of giving citizenship rights to persecuted minorities from neighbouring countries to assert that the BJP-led NDA government has done what was promised by the opposition party when it was in power, but was never done due to vote bank politics.

PM Modi also spoke about the ‘support’ he had received from Muslim countries and the highest civilian honour bestowed on him by many of them to assert that this has ‘scared’ the Congress and its friends. He said his rivals were doing everything to remove him, but that these efforts, even in the past, had not succeeded.