New Delhi: Finally the suspense is over and the will-he, won’t-he speculation can stop. NCP prodigal son Ajit Pawar, top boss Sharad Pawar’s brother has been rewarded for returning to the party fold after his rebellion with the Deputy Chief Minister’s job in the Maharashtra cabinet. In the much-awaited expansion of his cabinet on Monday, Maharashtra Chief Minister Uddhav Thackeray inducted both Ajit Pawar and his own son Aaditya Thackeray one month after his government was sworn in. In all, 36 ministers were sworn in on Monday. 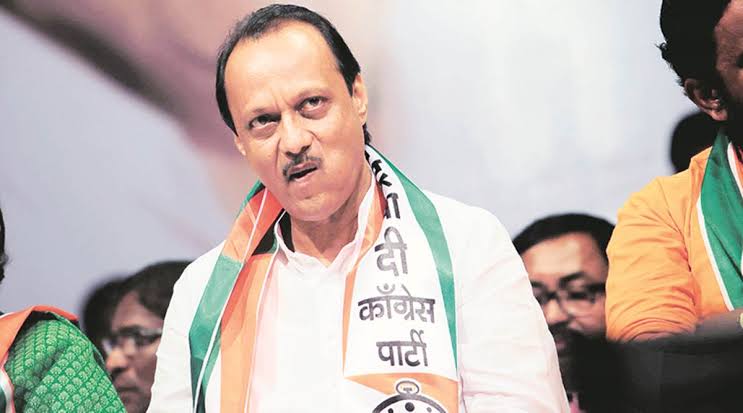 Ajit Pawar sworn in as Deputy CM of Maharashtra for the second time on Monday. Photo credit: Indian Express

Governor Bhagat Singh Koshyari administered oath to 14 ministers from NCP, 10 from Congress and 12 from Shiv Sena at Vidhan Bhavan premises in south Mumbai.

The expansion, which raised the strength of the state ministry to 43, came over a month after the Thackeray-led Maharashtra Vikas Aghadi government came to power.

Interestingly, this is the second time this month that Ajit Pawar was sworn in as Deputy Chief Minister of Maharashtra. He was sworn in as deputy CM on November 23 after he rebelled against the NCP and joined hands with the BJP. However, he resigned on November 26, leading to the collapse of the three-day Devendra Fadnavis government.

Conspicuous by his absence in the Cabinet is senior Congress leader and former chief minister Prithviraj Chavan. There is speculation that he may lead the state Congress unit.

The Shiv Sena kept its senior leaders Ramdas Kadam and Diwakar Raote, who were ministers in the previous Devendra Fadnavis-led government, out of the new council of ministers.

Senior NCP leaders Nawab Malik and Anil Deshmukh, who were ministers in the previous Congress-NCP government, also found place in the ministry.

Instead, it included allies Shankarrao Gadakh (of Krantikari Shetkari Paksh) as Cabinet minister, and Rajendra Patil Yedravkar (Independent) and Bachchu Kadu (Prahar Janshakti Party) as ministers of state. The two leaders were defeated in the 2014 Assembly polls, but emerged victorious in the state elections held in October this year.

Chief Minister Uddhav Thackeray and NCP supremo Sharad Pawar were among those present at the swearing-in ceremony.

The Maharashtra Vikas Aghadi ministry led by Uddhav Thackeray was sworn in on November 28.

Balasaheb Thorat and Nitin Raut of Congress, Eknath Shinde and Subhash Desai of the Shiv Sena and Jayant Patil and Chhagan Bhujbal of the NCP took oath along with Thackeray.

The Shiv Sena last month joined hands with the Congress and NCP, its traditional adversaries, after its alliance with the BJP collapsed over the issue of sharing the chief ministerial post.