Are you the ambassador of Pakistan, Mamata asks PM Modi

New Delhi: Hitting back at Prime Minister Narendra Modi for his “Opposition speaking Pakistan’s language” attack, West Bengal Chief Minister Mamata Banerjee has demanded that he explain whether he was the PM of “Hindustan or an ambassador of Pakistan”.

The West Bengal Chief Minister, one of the most bitter critics of the new citizenship law and the proposed National Register of Citizens, yet again hit out at the BJP-led central government over “divisive measures”, saying it was a matter of “shame” that people were being asked to prove their Indian nationality after over 70 years of Independence.

“India is a big country with a rich culture and heritage. Why does the PM regularly compare our nation with Pakistan? Are you the Prime Minister of India or the ambassador of Pakistan? “Why do you have to refer to Pakistan in every issue? You should rather speak of Hindustan. We don’t want to be like Pakistan. We love Hindustan,” she said, addressing an anti-CAA rally in North Bengal. 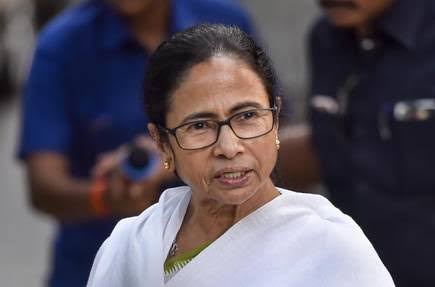 Why does the PM keep bringing up Pakistan, Mamata asks. Photo credit: The Hindu

Modi, while defending his government’s position on the Citizenship Amendment Act, had dared the Congress and its allies to raise their voice against Pakistan’s “atrocities” on its religious minorities over the past 70 years. He has often accused the opposition of “speaking the language of Pakistan”.

Reacting to Mamata’s comments, the West Bengal state BJP chief and Lok Sabha MP Dilip Ghosh said, “Leaders of Pakistan had (during Partition) sought a plebiscite on Kashmir. Mamata Banerjee also recently sought a UN-monitored referendum on the CAA. It only proves who is speaking the language of Pakistan.”

Mamata Banerjee has alleged that the Prime Minister and his party repeatedly speak of Pakistan to divert public attention from burning issues like economic slowdown and growing unemployment. “If someone says give me a job as I have no work, PM says go to Pakistan. If someone says we don’t have industries, he says go to Pakistan. Pakistan can talk about and take care of itself as much as it wants…we should talk about India, our motherland, where all of us were born… ,” she said.

The TMC chief has vowed to continue her protest till the new citizenship law is repealed. She accused the BJP of creating “confusion” over the implementation of a pan-India National Register of Citizens. “On the one hand, the Prime Minister says there will be no NRC. On the other, the Union Home Minister and other BJP ministers claim the exercise will be conducted across the country… they are creating confusion over the whole issue,” she said.

Calling her fight against the citizenship law the “Second War of Independence”, she said, “The BJP just know how to divide the nation on the basis of religion. But my religion is to defend the freedom of people. We have to save the country from bigotry.”

Mamata Banerjee alleged that anti-CAA protesters and students were tortured and killed in Delhi and Uttar Pradesh. The Karnataka Chief Minister promised monetary assistance to the families of protesters killed in police firing, only to go back on his word, she said. Banerjee, who has already held seven protest marches and three public meetings across the state against the CAA, reaffirmed her commitment not to allow enforcement of the amended citizenship law, conduct of NRC or the updation of the National Population Register in her state, calling them “divisive and polarising”.