New Delhi: Chief Minister Arvind Kejriwal on Saturday said his party would go through the “aarop patra” (chargesheet) released by the BJP against his government and implement the “good suggestions” given in it in the next five years.

Launching a full-scale attack on the Aam Aadmi Party, the BJP’s “chargesheet” alleges that the Kejriwal government “misguided and befooled” people in the last five years and “failed” to fulfill the promises made before the 2015 assembly election. 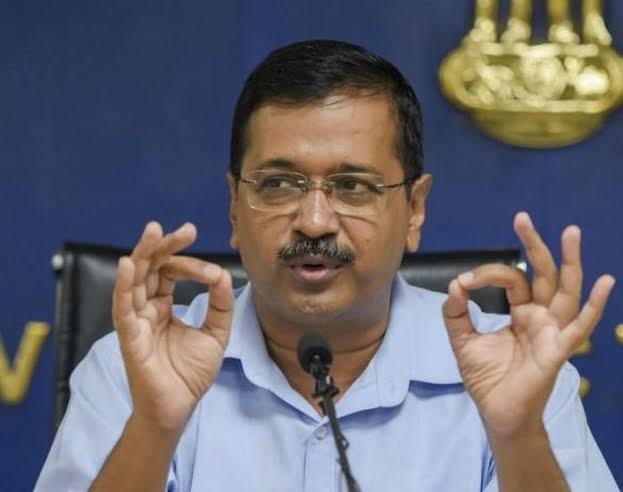 Union minister Harsh Vardhan and Lok Sabha MP Meenakshi Lekhi and other senior BJP leaders accused the AAP of “fanning the fire” during the recent violent protests in Delhi against the Citizenship Amendment Act.

The ‘chargesheet’ – Aarop Patra: Jhooth aur Vishwashaghat ki AAP Sarkar – was released in the presence of a battery of senior BJP leaders at an event held at Connaught Place in central Delhi.

Reacting to the charges, Kejriwal said, “We will go through the ‘aarop patra’ of the BJP and whatever good suggestions have been given in it we will implement it in the next five years. We want everyone to review our work and point out our shortcomings and give suggestions so that we can do more good work,” he said.

Delhi will have assembly elections early next year.

In the document released by the BJP, one of the accusations is about the recent incidents of violence in Delhi during the anti-CAA protests, especially in Jamia Nagar and Seelampur. Three short videos, targeting the AAP and its government, made by the Delhi BJP were also released at the event, and the city unit chief and Lok Sabha MP Manoj Tiwari said, “This ‘chargesheet’ will now be circulated in each of the seven Lok Sabha constituencies and the 70 Assembly segments.” The ‘chargesheet’ document also contains a segment that reads—‘Delhi ko jalane ki sajish’ (conspiracy to burn Delhi). The other two videos attempts to dent the AAP voter base among the poor, especially the auto-rickshaw drivers and workers who do odd jobs. This is to counter the ‘I Love Kejriwal’ campaign which has been running in Delhi aimed at wooing auto-rickshaw drivers, who form a sizeable chunk of voters in the city.

Harsh Vardhan in his address asked if Arvind Kejriwal and his government did anything to make Delhi “world-class or beautiful”. “Just cheap publicity and advertisements, and stamping his party’s name on every big project of the Modi government, this is what the AAP government has been doing,” he alleged. Hitting out at the AAP leader, the Union minister also said, “Arvind Kejriwal’s arrogance has become bigger than the mandate the AAP got in the polls.” AAP had got 67 of the 70 seats in Delhi in the last elections. “In this election, people will show the mirror to him and his party. Tell me, do people of Delhi want a government that works for five years or five months,” he said.