Will defeat the British PM, says Indian-origin MP as she launches bid to be Labour leader

New Delhi: Born to a British mother and Indian father, British MP Lisa Nandy has launched her bid for the Labour leadership race, vowing to “bring the party home” to its traditional heartlands after it suffered its worst defeat in over 70 years in the December 2019 election.

The MP from Wigan is the fourth contender to officially declare her bid in the race, alongside Birmingham MP Jess Phillips, Shadow First Secretary of State Emily Thornberry and Shadow Minister for Sustainable Economics Clive Lewis. She announced her bid on Friday in her local constituency paper – a move symbolic of her promise to change the perception of Labour as London-centric. Lisa Nandy wrote that a future Labour government should give “power and resources” to “every town, city, region and nation in the UK. We must leave behind the paternalism of the past and give people the ability to deliver change for themselves. I am determined to defeat Boris Johnson in order to lead the compassionate, radical, dynamic government that I firmly believe you want and deserve.” 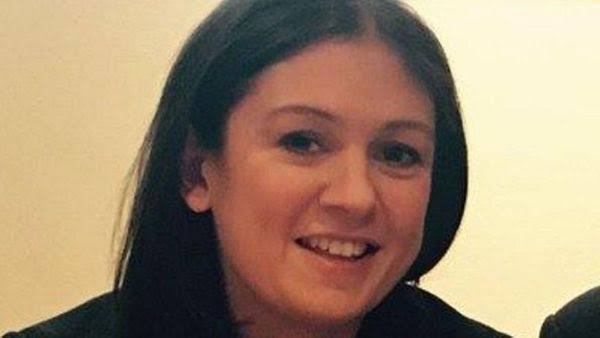 Labour suffered its worst defeat at the polls in over 70 years in the December 12 election, as many northern heartlands voted Conservative.  Nandy’s announcement came hours after Philips announced her bid to replace incumbent leader Jeremy Corbyn. Shadow Brexit Secretary Keir Starmer and Shadow Business Secretary Rebecca Long-Bailey are also believed to be considering a leadership bid.

A timetable for the leadership election – and any rule changes – is set to be decided by the party’s ruling National Executive Committee on January 6.

Forty year old Lisa Nandy, won her Wigan seat in the north-west of England, holding on to one of the key bricks in the so-called “red wall” which collapsed as Prime Minister Boris Johnson’s Conservative Party won over traditional Labour Party voters across the region.

Corbyn has declared that he would not lead the party into another General Election and is under growing pressure to resign sooner rather than later following Labour’s crushing defeat. “The honest answer is that I am seriously thinking about it,” she told the BBC when asked about her leadership plans. “The reason that I am thinking about it is because we have just had the most shattering defeat where you really felt in towns, like mine, that the earth was quaking and we have watched the entire Labour base just crumble beneath our feet,” said Nandy.

“We need to think seriously now about first of all how you bring those lifelong Labour voters—who felt that they not only couldn’t vote Labour but actually in many instance chose the Tories—how you bring Labour home to them,” she said.

Nandy, who has held shadow Cabinet positions in the past, took a more backseat role in recent times amid growing criticism of the Corbyn-led faction of the Labour Party.

Nandy’s declaration comes as Corbyn wrote in two Sunday newspapers to express his apology at the results but has faced attacks for claiming his party had “won the argument” and failing to express humility over the scale of Labour’s defeat under his leadership.