Rahul Gandhi: Country won’t benefit by making people fight with each other

New Delhi: In yet another attack on the BJP government at the Centre, Congress leader Rahul Gandhi on Friday said the country cannot be run without involving every section of society.

In a clear attack on the government over the Citizenship Amendment Act and the National Register of Citizens, Rahul Gandhi also said that nothing would be gained by making people fight among themselves. He was speaking at the inaugural function of the three-day ‘National Tribal Dance Festival, 2019’ held at the Science College ground in Raipur.

‘But I would like to say that without taking people from every religion, every caste, tribals, Dalits and backwards together, the economy of the country cannot be run,’ the Congress leader said. ‘You do whatever you want, but unless you take people along and unite the country, you cannot do anything to tackle the problem of unemployment and economy. Nothing can be gained by breaking things. The country cannot benefit by making people fight among themselves,’ he added.

Repeating his favourite theme about how the government only benefits some rich industrialists, he said, ‘If you give the entire money to just 10-15 people of the country, implement demonetisation and unscrupulous GST, then neither can employment be generated nor can the economy be strengthened.’ 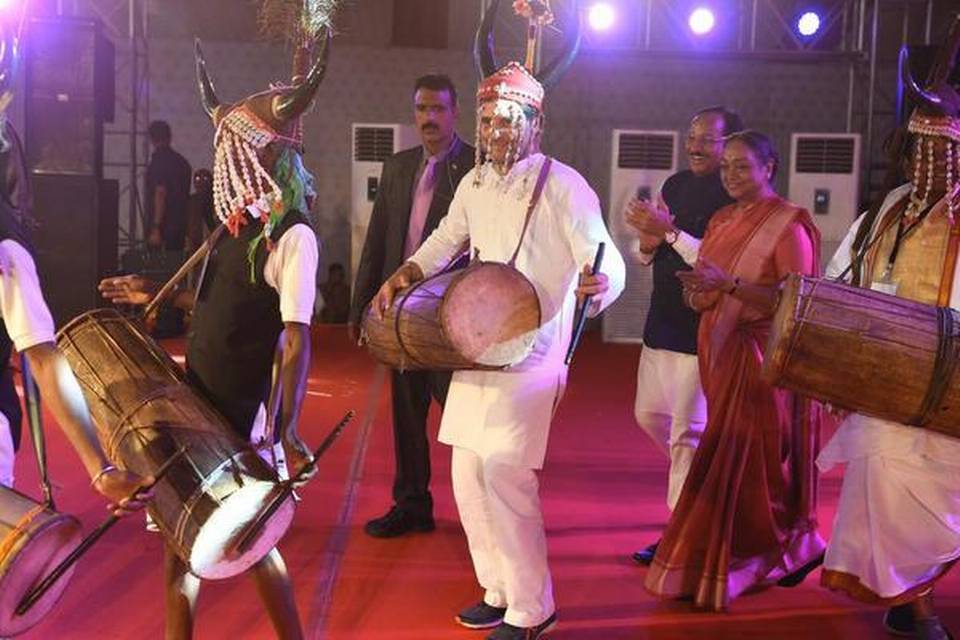 Praising the Congress-led Chhattisgarh government for organising the tribal dance fest, he said such events underline the country’s unity in diversity. ‘All of us have come here to see the folk dance and culture of tribals in this event and it will also give us a chance to understand their history. But I want that it should not only be limited to this, rather the voices of the tribals should be heard by the government. Their ideas should be included in the functioning of the government,’ he said.

‘It is indeed a very good step and it should be taken further. Tribals had to face a lot of problems. I am happy to say that the voices of tribals are being heard by the Chhattisgarh government. ‘The state government is closely working with tribals here,’ he said.

In a reference to the Maoist menace, he said the violence in the state has declined, as the government is listening to the voices of people. ‘Voices of all people are being heard in the state Assembly,’ he said.

Speaking on the occasion, Chief Minister Bhupesh Baghel said the state has around 32 percent tribal population and it is the government’s responsibility to protect and preserve their culture.

Around 1,300 artistes from the country and abroad had given their consent to participate in this dance festival, but around 1,800 have taken part in it, Baghel added.