New Delhi: Pervez Musharraf today became the first former President of Pakistan to be sentenced to death. In a Dubai hospital for treatment, the former military leader of Pakistan has been convicted of high treason.

The charges are over his decision in 2007 to abrogate Pakistan’s constitution and impose a state of emergency. Many judges had been arrested then and many days of protests across Pakistan had followed. 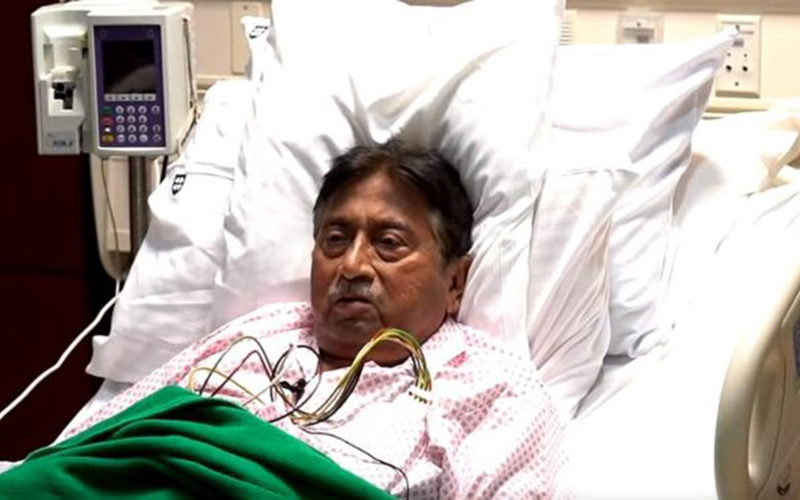 Legal and political analysts in Pakistan, however, say the sentence may not be carried out because not only is Musharraf not in Pakistan, but is also believed to be extremely unwell in hospital, suffering from a rare disorder called Amyloidosis.

In any case, the decision will be challenged in the Supreme Court. In a press conference held hours after the court verdict, the former president’s lawyer Salman Safdar said the legal process had been unconstitutional and that the former dictator had not been given a fair trial. He also defended Pervez Musharraf’s decision to impose emergency in 2007 saying the decision was ‘good for the country at the time’.

Support for the former General also came in from the Pakistan Army, which lashed out against the sentencing today. Pakistan Army’s official media wing, the Inter Services Public Relations said the decision of the special court had caused a ‘lot of pain and anguish to the rank and file of the Pakistan Armed forces’.

The Inter Services Public Relations said Musharraf had served as chief of Army, Chairman of Joint Chief of Staff Committee and Pakistan’s President and someone like him could ‘never be a traitor’.

After being at the helm of affairs in Pakistan till 2008, Pervez Musharraf fled the country fearing impeachment under the rule of the Pakistan People’s Party. Things got worse for him in 2013, when the Pakistan Muslim League-Nawaz led by Nawaz Sharif came to power.  Musharraf had returned to Pakistan to participate in the general elections but was disqualified by the courts.

It was sweet revenge for Nawaz Sharif. In 1999, Pervez Musharraf had deposed Nawaz Sharif, and made him face trial for treason. Finally there was an agreement under which the treason charges against Nawaz Sharif would be dropped if he and his family left Pakistan. And yet in 2013, Sharif was back and it was Musharraf who faced treason charges. But soon after the trial began, Pervez Musharraf escaped again to Dubai in 2016. The treason case though was revived under the Imran Khan government. And though today Nawaz Sharif is himself facing corruption charges, he must be feeling vindicated.

But considering his good relations with the higher-ups in the Emirates, Pervez Musharraf is unlikely to be extradited to Pakistan to be executed.

For India, Pervez Musharraf will always be the villain of Kargil and the principal character in the collapse of the Agra summit which started amid high hopes and diplomatic efforts in 2001. It was meant to resolve many outstanding disputes between India and Pakistan, including Kashmir and began with much goodwill from either side.

But despite several rounds of talks between President Musharraf and Prime Minister Vajpayee the peace process collapsed and no treaties were signed.

So far, India has not reacted to the news of the court’s decision in Pakistan, and they are unlikely to. But if he is executed, it will certainly end at least one chapter of acrimony between the neighbours.