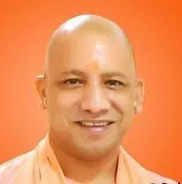 Yogi Adityanath is an Indian Hindu monk and politician who has been the 23rd and current chief minister of Uttar Pradesh since 19 March 2017. He has been the incumbent Member of the Uttar Pradesh Legislative Assembly since 10th March 2022, representing the Gorakhpur Urban constituency.

In the 2022 Assembly elections, Yogi Adityanath of the Bharatiya Janata Party won the Gorakhpur Urban seat by defeating Sabhawati Shukla from Samajwadi Party with a margin of 103390 votes. The total declared assets of Yogi Adityanath are worth Rs 1,54,94,054 Crore and has nil financial liabilities. He does not have any criminal record and is 49 years old.