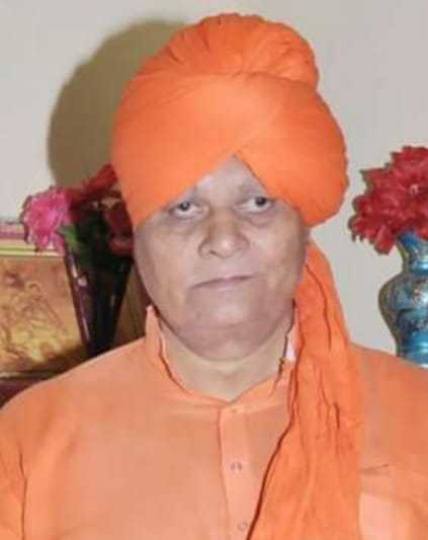 In 2022, Swami Omvesh contested as an MLA and won the Chandpur seat by defeating Smt. Kamlesh Saini from Bharatiya Janata Party with a margin of 234 votes. His total declared assets are worth Rs 5,58,97,675 crore, and he has Rs 60,00,000 of financial liability. The election affidavit mentioned 0 criminal cases registered against him.

Who is Swami Omvesh?
Swami Omvesh is SP's MLA from Chandpur . He was born in Bijnor and currently lives in Kevalanand Nigam Ashram, Ganj Daranagar, Bijnor, Uttar Pradesh - 246701. Regarding his education, he is a Post Graduate and is into Agriculture.
What is the net worth of Swami Omvesh?
Swami Omvesh has assets worth Rs 55,897,675 (Five crore fifty eight lakh ninty seven thousand six hundred & seventy five Rupees) and financial liability of Rs 6,000,000 (Sixty lakh Rupees).
Is there any criminal case registered against Swami Omvesh?
No, we have found 0 criminal cases registered against Swami Omvesh as of 2019. There are only few leaders in India who does not have criminal offences or cases registered against them. Choose your neta wisely and vote for nation's bright future!
How to contact Swami Omvesh?
You can contact him on N/A or can email him on [email protected]. The accuracy of phone number and email details are not verified by ourneta.com.
About Neta
Assets & Liabilities
Details of Criminal Cases