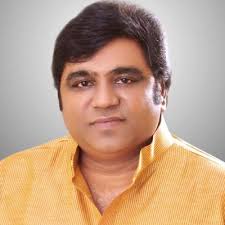 Be the first one to rate! Submit Review
Facebook Feeds
This message is only visible to admins.
Problem displaying Facebook posts. Backup cache in use.
Click to show error
Error: Unsupported get request. Object with ID 'MajorSunilDwivedi' does not exist, cannot be loaded due to missing permissions, or does not support this operation. Please read the Graph API documentation at https://developers.facebook.com/docs/graph-api Type: GraphMethodException
Twitter Feeds

Sunil Dutt Dwivedi is a 56 years old Indian politician and a member of the 17th Legislative Assembly, Uttar Pradesh of India. He represents the Farrukhabad constituency in Farrukhabad of Uttar Pradesh. Also, he was in the Indian army regiment of artillery 74 medium regiment. 1990-95 as a short service officer.

In 2022, Sunil Dutt Dwivedi contested the Uttar Pradesh Assembly Election as a Bharatiya Janata Party candidate and defeated his close contestant Mohd. Umar Khan from the Bahujan Samaj Party with a margin of 45,427 votes. He does not have any criminal record.