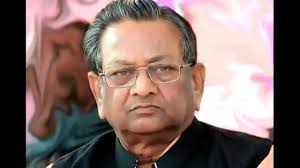 BJP Member of Parliament From Allahabad

Shyama Charan Gupta's health update - he is admitted in Max Dehli for being Corona positive, is in ICU, request everyone to pray for his speady recovery.

#ManyaSingh VLCC Femina Miss India 2020 Runner-up daughter of an 'autowallah' comes for felicitation in an auto as she shares a moment with her parents.
Making #UttarPradesh proud.