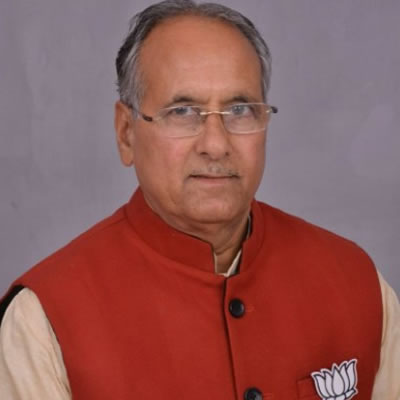 Since 2017, Ram Naresh Agnihotri has represented the Bhongaun constituency as a member of the Bhartiya Janata Party. In the 2017 Uttar Pradesh Legislative Assembly election, he defeated Samajwadi Party candidate Alok Kumar Shakya by 20,297 votes.

Ram Naresh Agnihotri was appointed as Cabinet minister in Yogi Adityanath’s cabinet on 21 August 2019 & got departments of Excise, Liquor Prohibition. In 2022, he again became a flagbearer, representing a two-term BJP candidate from Bhongaon constituency, Uttar Pradesh.

Ram Naresh Agnihotri’s total declared assets are Rs 9.2 crore, including Rs 6.7 crore in moveable assets and Rs 2.4 crore as immovable assets. His total stated income is Rs 66 lakh, of which Rs 32.5 lakh is self income.Ram Naresh Agnihotri has total liabilities of Rs 8.3 lakh. He does not have any criminal cases against him and is 64 years old.