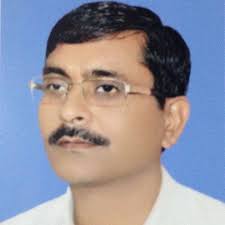 Be the first one to rate! Submit Review
Facebook Feeds
This message is only visible to admins.
Problem displaying Facebook posts. Backup cache in use.
Click to show error
Error: Unsupported get request. Object with ID 'ramachalrajbharbsp' does not exist, cannot be loaded due to missing permissions, or does not support this operation. Please read the Graph API documentation at https://developers.facebook.com/docs/graph-api Type: GraphMethodException
Twitter Feeds

Ram Achal Rajbhar is an Indian politician and currently a member of the Samajwadi Party. He is a five-time MLA from Uttar Pradesh Legislative Assembly. Previously Ram had contested from the Akbarpur assembly constituency as a Bahujan Samaj Party candidate in the 2017 Uttar Pradesh Legislative Assembly election and won the seat by defeating Samajwadi Party’s Ram Murti Verma by a margin of 14,013, serving as an MLA in the assembly from 2017 to 2022.

As a member of the Samajwadi Party, Ram contested from Akbarpur in the 2022 Uttar Pradesh Legislative Assembly election and emerged victorious in this seat by 12,000 votes, beating BJP candidate Dharamraj Nishad by a margin of 12,455 votes. Ram Achal’s total assets are worth Rs 1,68,17,299 crore, and he has total liabilities of Rs 0. There are three criminal cases registered against him, and he is 67 years old.

Who is Ram Achal Rajbhar?
Ram Achal Rajbhar is BSP's MLA from Akbarpur . He was born in Kayamuddinpur and currently lives in Kayamuddinpur, Post Bhaupur, Ambedkar Nagar, Uttar Pradesh- 222302. Regarding his education, he is a Graduate and is into Farmer and Social Worker.
What is the net worth of Ram Achal Rajbhar?
Ram Achal Rajbhar has assets worth Rs 16,817,299 (One crore sixty eight lakh seventeen thousand two hundred & ninty nine Rupees) and financial liability of Rs 0 ( Rupees).
Is there any criminal case registered against Ram Achal Rajbhar?
Yes, we have found 1 criminal cases registered against Ram Achal Rajbhar as of 2019. There are only few leaders in India who does not have criminal offences or cases registered against them. Choose your neta wisely and vote for nation's bright future!
How to contact Ram Achal Rajbhar?
You can contact him on 09415007042 or can email him on [email protected]. The accuracy of phone number and email details are not verified by ourneta.com.
About Neta
Assets & Liabilities
Details of Criminal Cases
IPC Section-506, 153A, 193
Brief Details of IPCs
1- 1 charge related to Punishment for criminal intimidation (IPC Section-506)
2- 1 charge related to Promoting enmity between different groups on the grounds
of religion, race, place of birth, residence, language, etc., and doing acts
prejudicial to the maintenance of harmony (IPC Section-153A)
3- 1 charge related to Punishment for false evidence (IPC Section-193)