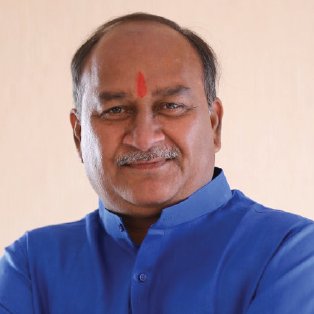 Be the first one to rate! Submit Review
Facebook Feeds
This message is only visible to admins.
Problem displaying Facebook posts. Backup cache in use.
Click to show error
Error: Unsupported get request. Object with ID 'RRChavdaBJP' does not exist, cannot be loaded due to missing permissions, or does not support this operation. Please read the Graph API documentation at https://developers.facebook.com/docs/graph-api Type: GraphMethodException
Twitter Feeds

Today, India is among the fastest growing major economies.

Investments have picked up in the last two years.

Thanks to our youth, our Start-Up eco-system is among the biggest in the world.

Our vision of a #DigitalIndia includes integrating technology with every aspect of government.

I would urge the world to make use of these opportunities and invest in our nation.

Rajendrasinh Chavda is 53 years old MLA contested election from Himatnagar, Gujarat in the year 2017 and he won. Nowadays, he is associated with the Bharatiya Janata Party. Also, he was elected as Member of Gujarat Legislative Assembly from Himatnagar along with the Indian National Congress political party, in the year 2012. He has one criminal record and 3,69,28,994 Rupees financial liability.