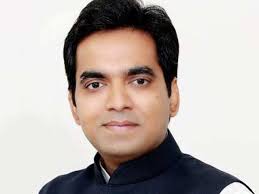 Greetings on Doctors Day. Humanity will always be grateful to the medical fraternity, prominently our doctors who helped us survive the Covid19 pandemic and continues to serve humanity with utmost sincerity and commitment.

Pankaj Singh is an Indian politician who is Bharatiya Janta Party’s General Secretary for Uttar Pradesh. Pankaj has been active in politics since 2002 and is the present MLA of Noida. On 11 March 2017, he won the Noida Vidhan Sabha seat in the UP Legislative Assembly election. In 2022, Pankaj Singh again contested the assembly election and won the seat by defeating Sunil Chaudhary of the Samajwadi Party with a margin of 181513 votes.

Pankaj Singh’s total declared assets are Rs 4.8 Crore, including Rs 2.5 crore in moveable assets and Rs 2.3 crore as immovable assets. His total reported income is Rs 22.7 lakh, of which Rs 3.7 lakh is self income. Pankaj Singh has total liabilities of Rs 12 Lac. He does not have any criminal record and is 43 years old.

Who is Pankaj Singh?
Pankaj Singh is BJP's MLA from Noida. He was born in Daltonganj and currently lives in 4, Kali Das Marg, Lucknow, Uttar Pradesh- 226001. Regarding his education, he is a Graduate and is into Social Worker.
What is the net worth of Pankaj Singh?
Pankaj Singh has assets worth Rs 47,991,479 (Four crore seventy nine lakh ninty one thousand four hundred & seventy nine Rupees) and financial liability of Rs 1,200,000 (Twelve lakh Rupees).
Is there any criminal case registered against Pankaj Singh?
No, we have found 0 criminal cases registered against Pankaj Singh as of 2019. There are only few leaders in India who does not have criminal offences or cases registered against them. Choose your neta wisely and vote for nation's bright future!
How to contact Pankaj Singh?
You can contact him on 09899552000 or can email him on [email protected]. The accuracy of phone number and email details are not verified by ourneta.com.
About Neta
Assets & Liabilities
Details of Criminal Cases