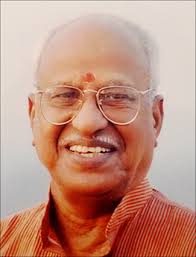 Wishing you all a happy and prosperous Vishu and Easter. :)

Paying warm tribute to nation’s founding father, the architect of our constitution, Dr. B. R. Ambedkar on his birth anniversary.

I'm thankful to all the enthusiastic friends on social media for their support. Let's all wait patiently until May 16 for the results.

Let's all use this day to vote for good and proven governance, that can take our country to new heights.

O Rajagopal is an Indian politician, former Union Minister of State and currently a MLA in Legislative Assembly of Kerala state. One of the major leaders of the Bharatiya Janata Party from Kerala, he has held various ministerial portfolios like Defence, Parliamentary Affairs, Urban Development, Law, Justice, Company Affairs, and Railways, in the past. Rajagopal represented Rajya Sabha from Madhya Pradesh (1992–2004). He became the First BJP candidate to win an assembly seat in Kerala when he won in 2016 Kerala assembly election from Nemom seat. He is also the First BJP parliamentary party leader of the state of Kerala.

Who is O. Rajagopal?
O. Rajagopal is BJP's MLA from Nemom . He was born in Palakkad and currently lives in DO safair javaharnagar kavadiyar TVM Kerala. Regarding his education, he is a Post Graduate and is into Social Worker, Politician.
What is the net worth of O. Rajagopal?
O. Rajagopal has assets worth Rs 1,998,434 (Nineteen lakh ninty eight thousand four hundred & thirty four Rupees) and financial liability of Rs 0 ( Rupees).
Is there any criminal case registered against O. Rajagopal?
No, we have found 0 criminal cases registered against O. Rajagopal as of 2019. There are only few leaders in India who does not have criminal offences or cases registered against them. Choose your neta wisely and vote for nation's bright future!
How to contact O. Rajagopal?
You can contact him on 9447095118 or can email him on [email protected]. The accuracy of phone number and email details are not verified by ourneta.com.
About Neta
Assets & Liabilities
Details of Criminal Cases