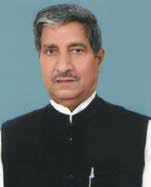 Be the first one to rate! Submit Review
Facebook Feeds
This message is only visible to admins.
Problem displaying Facebook posts. Backup cache in use.
Click to show error
Error: Unsupported get request. Object with ID 'mukutbiharivermag' does not exist, cannot be loaded due to missing permissions, or does not support this operation. Please read the Graph API documentation at https://developers.facebook.com/docs/graph-api Type: GraphMethodException
Twitter Feeds

It is always people first for us!

Today’s decisions, especially the one relating to a significant drop in petrol and diesel prices will positively impact various sectors, provide relief to our citizens and further ‘Ease of Living.’ https://twitter.com/nsitharaman/status/1527999314374512640

1/12 Our government, since when @PMOIndia @narendramodi took office, is
devoted to the welfare of the poor.We’ve taken a number of steps to help the poor and middle class. As a result, the average inflation during our tenure has remained lower than during previous governments.

Mukut Bihari Verma is 74 years old MLA contested election from  Kaiserganj, Uttar Pradesh in the year 2017 and he won. Nowadays, he is associated with the Bharatiya Janta Party. Also, he was elected as Member of Uttar Pradesh Legislative Assembly from Kaiserganj constituency in the year 2002 and 2012, respectively.