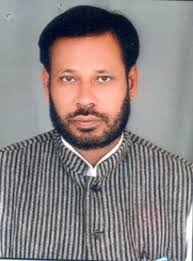 Manoj Kumar Pandey is a former cabinet minister of Uttar Pradesh from the Samajwadi Party. He has represented the Raebareli district’s Unchahar in the Uttar Pradesh Legislative Assembly since 2012. In 2022,  Manoj Pandey of the Samajwadi Party won the seat by defeating Amarpal Maurya from Bharatiya Janata Party with 6621 votes, became an MLA for three terms.

Manoj Kumar Pandey’s total declared assets are Rs 16.3 crore, including Rs 3.3 crore in moveable assets and Rs 13 crore as immovable assets. His total reported income is Rs 65.3 lakh, of which Rs 34.1 lakh is self income. He does not have any criminal record but has total liabilities of Rs 2 crore, 53 years old.