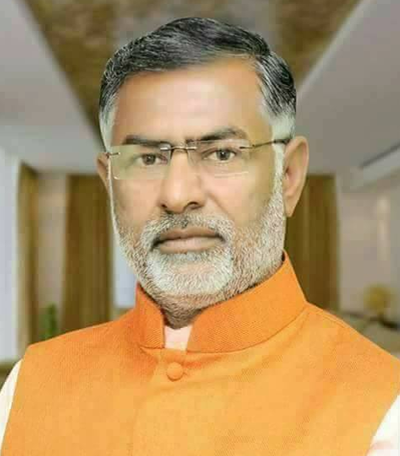 Be the first one to rate! Submit Review
Facebook Feeds
This message is only visible to admins.
Problem displaying Facebook posts. Backup cache in use.
Click to show error
Error: Unsupported get request. Object with ID 'KirtisinhvaghelaBJP' does not exist, cannot be loaded due to missing permissions, or does not support this operation. Please read the Graph API documentation at https://developers.facebook.com/docs/graph-api Type: GraphMethodException
Twitter Feeds

Mr. Kirti Singh Vaghela takes over as the MLA of the Kankrej Legislative Assembly of Gujarat state. Inspired by the ideals and values of the Bharatiya Janata Party, which is a national cultural and Hindu ideology, inspired as the BJP’s worker with the pledge to work as a BJP legislator, as a leader of nation and folk service. He is also a respected activist of the Bharatiya Janata Party, along with a political leader with a clean talent with ethical principles.

Mr. Kirti Singh Vaghela has fully conveyed the vision of “Prime Minister of India” to the vision of “Honorable Prime Minister of India” on the dream of “India at the Glance of India”. He has given every citizen to every community in Gujarat, Honorable Chief Minister Shri Vijaybhai Rupani, in the Government of Gujarat, every citizen gets happiness and security. Sustainable growth of state and state’s population Performing other operations.