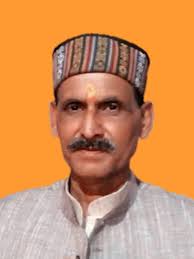 Kailash Nath Shukla is 62 years old BJP Politician. Since 2017, he has been a Member of the Legislative Assembly of Uttar Pradesh. He represents the Tulsipur constituency under the Balrampur district of Uttar Pradesh.

In the 2022 UP elections, Kailash Nath Shukla of the Bharatiya Janata Party won the Tulsipur assembly seat by defeating Zeba Rizwan from the Independent with 35781 votes. He does not have any criminal record.

Kailash Nath has total liabilities of Rs 4.2 lakh. His total declared assets are Rs 1.8 crore, including Rs 60.6 lakh in moveable assets and Rs 1.2 crore as immovable assets. His total reported income is Rs 11.3 lakh, of which Rs 11.3 lakh is self income.