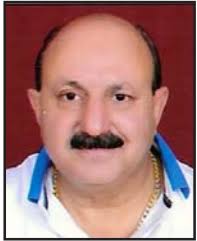 In the 2017 Uttar Pradesh Assembly elections, he won the election of an MLA from Palia by defeating INC candidate Saif Ali Naqvi by a record margin of 69,228 votes. In the 18th Legislative Assembly of Uttar Pradesh 2022, Harvinder Sahni again represented the Palia constituency as a member of the Bharatiya Janata Party.

Harvinder Sahni’s total declared assets are Rs 28.8 crore, including Rs 7 crore in moveable assets and Rs 21.9 crore as immovable assets. His total reported income is Rs 66.4 lakh, of which Rs 10.6 lakh is self income. Harvinder Kumar Sahni Alias Romi Sahni has total liabilities of Rs 4 crore. The election affidavit mentioned 0 criminal cases registered against him, and he is 57 years.