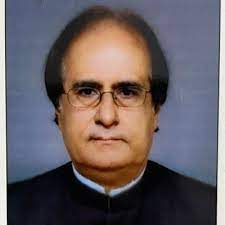 Fareed Mahfooz Kidwai is 77 years old. His total declared assets are Rs 5.3 crore, including Rs 85.1 lakh in moveable assets and Rs 4.4 crore as immovable assets. His total reported income is Rs 26.2 lakh, of which Rs 26.2 lakh is self income. Fareed Mahfooz has a nil criminal record but has Rs 35.4 lakh of financial liabilities.