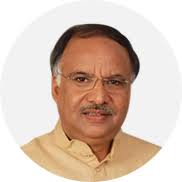 Ashutosh Tandon, also known as Gopal Tandon, is an Indian politician and currently serving as Minister of Urban Development, Overall Urban Development, Urban Employment, and Poverty Alleviation in the Government of Uttar Pradesh. He has represented the Lucknow East constituency since 2014.

In the 2022 Uttar Pradesh Assembly elections, Tandon won for the third time from this seat, defeating Samajwadi Party’s Anurag Bhadouria by 49017 votes. His total declared assets are Rs 8.7 crore, including Rs 2 crore in moveable assets and Rs 6.7 crore as immovable assets.

Ashutosh Tandon’s (Gopal Ji) total stated income is Rs 36 lakh, of which Rs 24.3 lakh is self income. He has total liabilities of Rs 0. The election affidavit mentioned some criminal cases registered against him, and he is 61 years old.