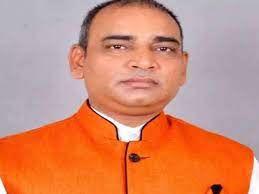 Ajit Singh Pal is the Minister of State in the Government of Uttar Pradesh. He was a member of the Uttar Pradesh Legislative Assembly from the Sikandra assembly constituency of Kanpur Dehat district. In the 2022 UP elections, Ajit Pal of the Bharatiya Janata Party won the Sikandra seat by defeating Prabhakar Pandey from Samajwadi Party with 31567 votes. His total declared assets are worth Rs 2,80,31,251 Crore, and he has Rs 7,18,462 Lakh of financial liabilities. He is 43 years old and does not have any criminal record.