‘Muslims can live in any of 150 countries, Hindus have only India’

New Delhi: Adding to the controversies already swirling around the country over the Citizenship Amendment Act, Gujarat Chief Minister Vijay Rupani has now said that while Muslims can live in any of 150 countries, Hindus only have India.
Speaking at a rally in support of the CAA outside the Sabarmati Ashram in Ahmedabad, the chief minister attacked the Congress for opposing the new law that grants Indian citizenship to non-Muslim refugees from Afghanistan, Pakistan and Bangladesh who have migrated till December 31, 2014. 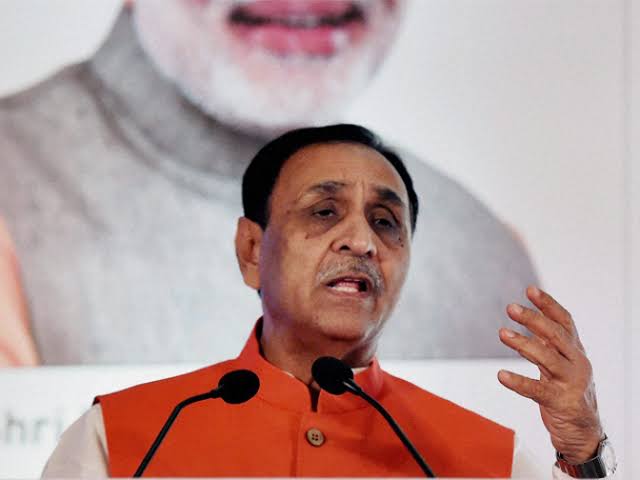 He accused the Congress of not honouring the wishes of Mahatma Gandhi and former prime minister Manmohan Singh on the issue.
‘There were 22 per cent Hindus in Pakistan at the time of Partition. Now, due to persecution, rapes and constant torture, their population has reduced to just 3 per cent. That is why Hindus want to come back to India. We are doing what the Congress was supposed to do to help these distressed Hindus. And when we are doing it now, you are opposing it,’ the Gujarat chief minister said.
In Bangladesh, he said the Hindu population has shrunk to just 2 per cent.
‘Out of 2 lakh Hindu and Sikh residents in Afghanistan some decades back, their number is just 500 today. Muslims can go to any of the 150 countries, but there is only one country for Hindus, and that is India. So what is the problem if they want to come back?’ asked Rupani.
In an attempt to counter protests against the Citizenship Amendment Act in various parts of the country, Gujarat BJP leaders and government functionaries on Tuesday took part in pro-CAA rallies across all 33 districts of the state.
‘Gandhiji was also of the opinion that India should grant citizenship to Hindus and Sikhs of Pakistan. Even Manmohan Singh had supported such a proposal when he was the PM. The Congress must explain to the nation why the party is opposing the CAA now,’ said Rupani.
Without taking names, Rupani also targeted Dalit leaders and outfits opposing the new citizenship law.
‘There are 10,000 refugees from these countries living in Gujarat. Most of those living in Kutch are dalits, like Maheshwari and Meghwal communities. Dalit leaders need to explain why they are not in favour of granting citizenship to these dalit refugees. By opposing the CAA, these dalit leaders have been exposed,’ the chief minister said.
The BJP leader further said it was the ‘misfortune of India’ to have parties and leaders like the Congress, the Communists and Mamata Banerjee who ‘incited’ Muslims and others to fulfill ‘their own political agenda and destabilise the government’.
‘It appears that these parties fear that they may lose power if Hindus become citizens and illegal immigrants are thrown out under the National Register of Citizens,’ he said.
He said the BJP government in Gujarat has already started granting citizenship to such persecuted refugees.
Vijay Rupani also blamed the Congress for the violence in the Muslim-dominated Shah-E-Alam locality in Ahmedabad during a protest against the new citizenship law.
At least 59 people have been arrested for the violence which left over two dozen policemen injured, the state government said. ‘Strong action will be taken against those who are behind the violence, based on CCTV footage and other evidence,’ Rupani told reporters. ‘Congress is spreading violence. There is no doubt that the Congress is behind this,’ he said.