New Delhi: As outrage grows over the more than 100 child deaths in a Kota hospital, the Congress government in Rajasthan seems to be criticising itself. Reacting to Chief Minister Ashok Gehlot‘s comment that the BJP was to blame for the poor healthcare in the state, Rajasthan Deputy Chief Minister Sachin Pilot said his government’s response to the infant deaths could have been more sensitive.

Sachin Pilot said it was not a small incident and also stressed that accountability for the entire episode should be fixed. Pilot, who is also the Congress’ state party chief, had earlier visited some of the families which lost their children and also went to the JK Lon hospital in Kota. 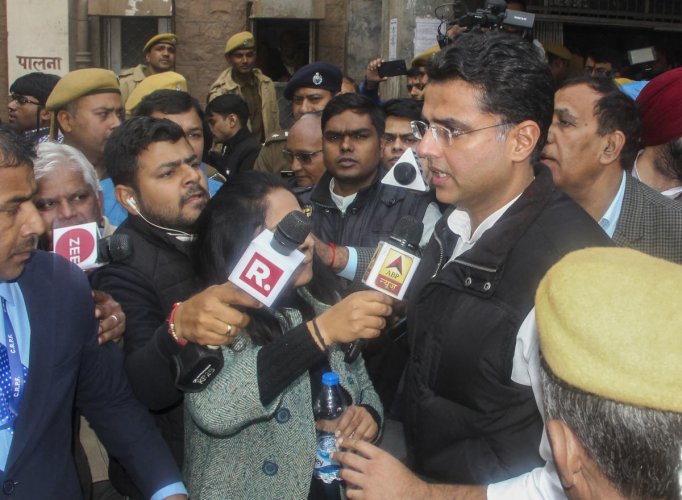 The state leadership, including Chief Minister Ashok Gehlot and Health Minister Dr Raghu Sharma, had been claiming that the state machinery was not at fault over the deaths of children in Kota. The state government has claimed that in the period 2014 to 2019, the death toll in 2019 had been the lowest.

The BJP, on the other hand, has demanded the resignation of Chief Minister Ashok Gehlot on moral grounds over the death of the children in Kota. On Tuesday, the BJP, on the directions of its working president JP Nadda, had sent a three-member committee of its MPs to Kota’s JK Lon hospital to take stock of the situation there. The three MPs included Rajya Sabha MP Kanta Kardam, Dausa MP Jaskaur Meena and West Bengal MP Locket Chatterjee. The three-member committee claimed that there was administrative laxity and asked Chief Minister Ashok Gehlot and health minister to visit Kota to take necessary action.

Congress interim president Sonia Gandhi is also believed to have expressed her dismay over the deaths of young children in Rajasthan’s Kota. According to reports, Avinash Pande, Congress’s incharge for Rajasthan, was summoned and had to explain the state government’s position before Sonia Gandhi.

Even as controversy over the Kota deaths is to die down, a report emerged that said 146 children have died in two government hospitals in Jodhpur in the month of December. Of these, 102 deaths were in neonatal units of the two state-run hospitals.

In Kota, 3 more infants died, taking the toll at the government-run JK Lon hospital to 110. The hospital which is now under pressure removed the head of the pediatric unit and has appointed someone new.

In the face of more deaths, the Rajasthan Health Minister Raghu Sharma has now taken responsibility but is now blaming the lack of awareness. He said, “There should be mass public awareness. Premature babies need better care.”