New Delhi: In what is soon becoming a controversy, Army Chief General Bipin Rawat on Thursday hit out at people leading violent protests over the Citizenship Amendment Act, asking what kind of leadership was this. Political comments from the Army are unheard of, and this has come as a surprise, since Army rules clearly state Army officers cannot make political comments to the press or at public events.

The opposition, including the Congress attacked General Rawat, who is due to retire on December 31 as Army Chief, for making remarks on political issues.

‘Leaders are not those who lead people in inappropriate directions, as we are witnessing with a large number of university and college students. The way they are leading masses of crowds to carry out arson and violence in our cities and towns is not leadership,’ the Army Chief said at a health summit.

He added, ‘A leader is one person who leads you in the correct direction. Gives you the right advice and then ensures that you care for the people you live with.’ 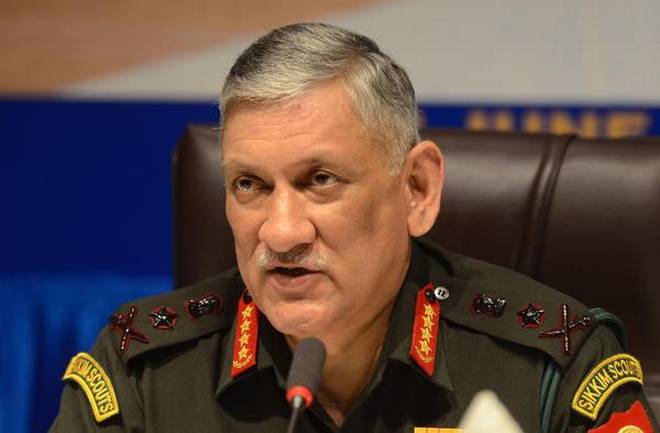 General Rawat is tipped to be India’s first Chief of Defence Staff who will be the single-point military adviser to the government on tri-services matters. In his three-year tenure as Army Chief, he faced allegations of not remaining politically neutral.

Since both houses of Parliament approved amendments to the citizenship law earlier this month, protests have taken place across the country and casualties have been reported, especially from Uttar Pradesh and Karnataka.

‘What is so complex about leadership, if it is all about leading. Because when you move forward, everybody follows. It is not that simple. It appears simple, but it is a complex phenomenon,’ Rawat said in his speech. ‘Even among the crowd you find that the leaders emerge. But leaders are those who lead people in the right direction. Leaders are not those who lead people in inappropriate directions,’ he said.

There was much criticism of the General’s comments from opposition parties.

Congress Spokesperson Brijesh Kalappa said, ‘Army Chief Bipin Rawat speaking against CAA is wholly against constitutional democracy. If an Army Chief is allowed to speak on political issues today, it also permits him to attempt an Army takeover tomorrow.’

‘I agree with him. Yes, leaders should lead (people) in the appropriate direction. I am absolutely sure, he has the prime minister of this country in mind when talking about that,’ said rights activist and Swaraj India chief Yogendra Yadav. ‘General Rawat’s comments on politics is a sharp departure from the convention of the Indian Army in the last 70 years. This used to happen in Pakistan and Bangladesh.’

AIMIM chief Asaduddin Owaisi said leadership is about knowing the limits of one’s office. ‘It is about understanding the idea of civilian supremacy and preserving the integrity of the institution that you head,’ he said.

Army rules clearly state that an officer cannot speak on any political issue directly or indirectly to the press. Nor can he speak at a public event or deliver a lecture on any matter political or espouse a political cause in public.