Amidst protests over CAA, Mamata wishes students in her state a happy new year

New Delhi: Almost 1.5 crore students in state-run schools and madrassas in West Bengal got a surprise on Thursday when they received individual letters from Chief Minister Mamata Banerjee “a very Happy New Year”.

Addressing the students as “dear”, Banerjee’s letter reads “At the onset of the New Year, I convey my good wishes to you. You are the future of our country, you will build the society. Be good and study hard to be a successful human being. My wishes are all with you”. The letter also wished their parents and teachers. 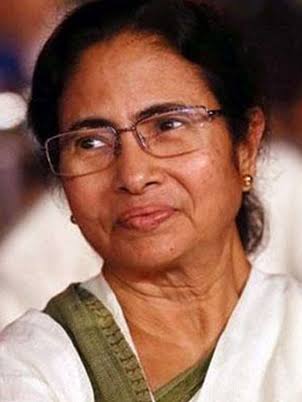 A similar letter written by Banerjee was sent to each student last year.

“It’s great for a student to start a New Year and a new session with a personalised letter from the chief minister. It will definitely inspire them to work hard,” Kartik Manna, the chairman Sarva Shiksha Mission said.

Meanwhile the Trinamool Congress has hit out at the Centre for rejecting West Bengal’s tableau proposals to showcase its schemes during the Republic Day parade, alleging it insulted the people of the state for protesting against the Citizenship Amendment Act.

The state BJP retorted swiftly, accusing the TMC government of not properly following rules and procedure, which it said was the reson for the rejection.

The West Bengal government had submitted proposals to display at the parade its award-winning cash transfer scheme “Kanyashree” besides giving alternatives of “Sabuj Sathi” (distribution of bicycle among school students) and “Jol Dhoro Jol Bhoro” project that seeks to conserve water, sources said.

A Defence Ministry statement had on Wednesday said an expert committee had rejected West Bengal’s proposal after examining it in two rounds of meeting.

“The tableau proposal of the West Bengal government was not taken forward for further consideration by the expert committee after deliberations in the second meeting. It is pertinent to mention here that the tableau of the government of West Bengal was short-listed for participation in the Republic day parade 2019 as an outcome of the same process,” it said.

West Bengal Minister of State for Parliamentary Affairs, Tapas Roy accused the BJP-led central government of having a “vindictive” attitude towards the state.

The Kanyashree scheme launched in 2013 is a cash transfer scheme aimed at retaining girls in schools and preventing early marriage. The United Nations had in 2017 awarded the Kanyashree scheme its highest public service award for promoting girls’ education.

Responding to the TMC’s allegations, West Bengal BJP president Dilip Ghosh said the tableau proposals were rejected as the state government didn’t properly follow the rules and procedure regarding it. “The state government has not followed the rules. Other states have followed them, so their tableau proposals have been accepted. The TMC should stop doing politics on each and every issue,” Ghosh said.

The decison to reject Bengal’s tableau proposals comes at a time when Banerjee has been criss-crossing the state holding protest marches against the new citizenship law.