Aaditya Thackeray Likely to Swear-in as the Minister

Maharashtra: After the decision of Udhav Thackrey, the leader of Maha Vikas Aghadi government to expand its Cabinet which was announced on Monday, 30 December 2019, it is likely that Aaditya Thackeray, the Yuva Sena leader would be taking oath as a Minister.

As the tweet highlights, Aaditya Thackeray may make a surprise entry to the list of ministers for the Udhav Thackeray led Maharashtra council of Ministers.

Aaditya Thackrey recently won the elections in October 2019 when contesting from the Worli constituency of Mumbai for the Maharashtra Legislative Assembly election and was elected as the MLA.

After becoming victorious, Aaditya Thackeray became the first member of the family to contest and win the elections.

The swearing-in ceremony for the ministers would be held at Vidhan Bhavan at 12 noon. 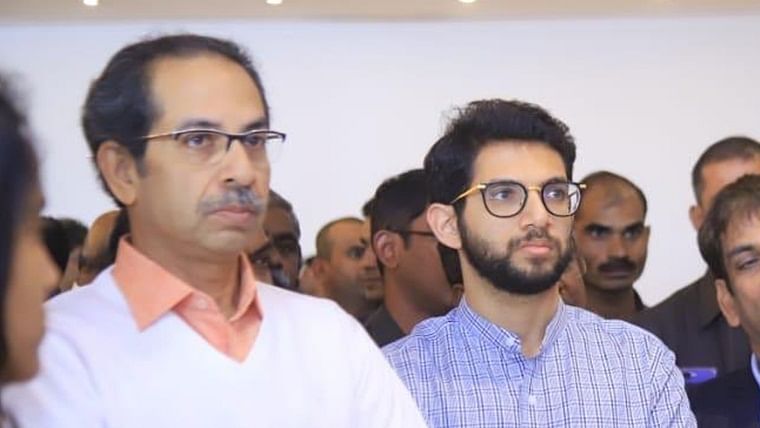 As per the reports and the Sena along with the NCP would have 13 ministers each. Among which there would be 10 Cabinet ministers and three junior ministers. On the other hand, the Congress party will have 10 ministers.

According to the NCP sources, among the ministers taking oaths, the probable names would include Ajit Pawar, Nawab Malik, Hasan Mushreef, Dilip Walse-Patil, Rajendra Shingne, Jitendra Awhad, Dhananjay Munde, Anil Deshmukh, and few others. For the junior minister list, the names suggested are of Aditi Tatkare, Datta Bharne, and Sanjay Bansode.

It is likely that the former minister Deepak Kesarkar, MLAs Pratap Sarnaik, MLC Anil Parab, and Abdul Sattar would be taking the oath as Cabinet ministers from Shiv Sena.

When counting the members from the Congress’ side, the names that are likely to occupy the cabinet berth are former chief minister Ashok Chavan, Vijay Wadettiwar, Amit Deshmukh, K C Padvi, Sunil Kadar, Varsha Gaikwad, Yashomati Thakur, and Aslam Sheikh.

Besides, Satej Patil and Vishwajit Kadam from the Congress party would be swearing for the seat of ministers of state, the report according to the sources further added.

As per the Saamana’s feed, portfolio allocation assigned to the new ministers will also take place on Monday once the swearing-in ceremony completes. In total, Maharashtra can amount for a total of 43 ministers.