New Delhi: After a year-long battle, the Unnao rape victim, who suffered many times even after she was raped, has finally got justice. On Friday, a district court in Delhi sentenced former BJP MLA Kuldeep Sengar to life in prison. The 4-time MLA, now expelled, will spend the rest of his life in prison.

‘This court does not find any mitigating circumstance. Sengar was a public servant and betrayed people’s faith,’ District Judge Dharmesh Sharma said, dismissing a plea for lenient sentencing.

Kuldeep Sengar will also have to deposit `25 lakh within a month. Of this,`10 lakh will go to the victim. If he does not pay the fine, the former MLA’s property will be seized to ensure compensation for the rape victim.

Sengar was convicted on Monday under the POCSO Act. The victim was a minor when she was raped. Sengar’s co-accused Shashi Singh, who allegedly introduced the girl to Sengar was given the benefit of doubt and let off.

Sengar, a four-time BJP MLA from Bangermau in Unnao district, was expelled from the BJP in August 2019. 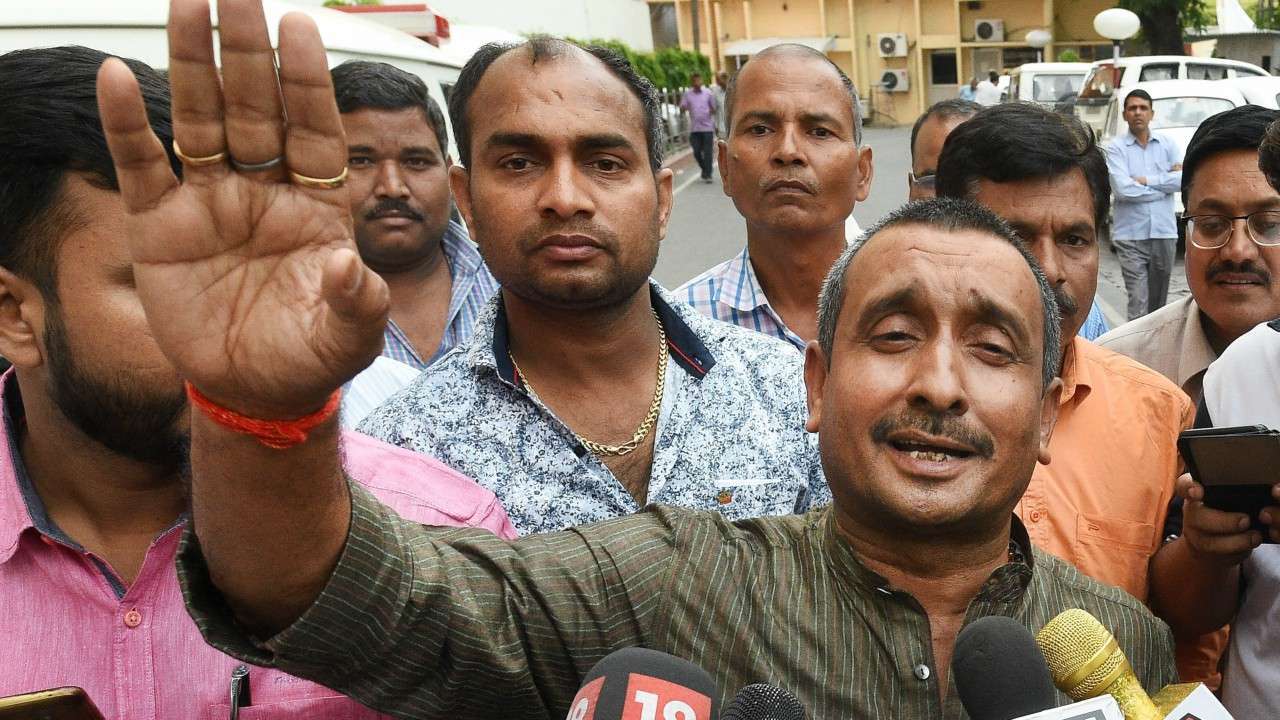 Convicting Kuldeep Sengar on Monday, the court had also slammed the CBI for a shoddy and tardy investigation, and for flouting basic norms of interrogation. The judge said the investigation suffered from a ‘patriarchal approach’ and an inclination to brush under the carpet cases of sexual assault against children. The judge also said, ‘It epitomizes the fear ingrained in the minds of young girls in the countryside or elsewhere against reporting issues of sexual assault by powerful persons.’

Observing that the investigation in the case did not appear to have been fair to the victim and her family, the court criticized the CBI for not getting a woman officer to lead the investigation, something mandated under the POCSO Act.

The judge also said that statements of the victim were recorded ‘without bothering for the kind of harassment, anguish and re-victimisation that occurs to a victim of sexual assault in such a case’.
The court praised the victim, saying her testimony was ‘truthful and unblemished’ against a ‘powerful person’.

It has been a long and tough battle for the rape victim. After she was raped in 2017, her complaint was not acted upon by the police for some time, allegedly because of the rapist’s political influence.

As she carried on her fight for justice, her father was beaten up the following year by some unknown people, and framed and arrested in an arms case.

Frustrated by the lack of action by the police and the harassment of her father, the girl tried to set herself on fire in front of Chief Minister Yogi Adityanath’s house.

The next day her father died in police custody.

Earlier this year, there was an alleged murder attempt on the girl, her family and her lawyer when they were travelling in a car in UP.

When the Allahabad high court took up the case, the UP government’s top law officer fought action against Sengar till the last moment. When the high court sent a clear message that the judges would not let them get away without a proper probe, the government finally registered a case and handed over the case to the CBI.