Calcutta: The state government of the state has been informed of suspending the campaigns on CAA until the court comes to the final decision on the matter as per the direction provided by a division bench of Chief Justice TBN Radhakrishnan and Justice Radhakrishnan.

Looking at the anti-CAA campaigns seeping through the streets of Calcutta, the Calcutta High Court directed the West Bengal government for taking off all the advertisements from public platforms related to the anti-Citizenship Amendment Act and anti-National Register of Citizens (NRC). 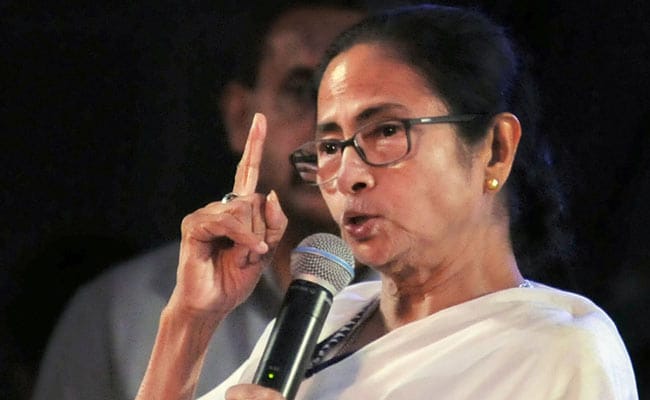 Apart from the orders putting a halt on the campaign, the court has also asked for a detailed response from the state government regarding the petitioners’ claim which claimed that the public money was involved in carrying the campaign against the CAA.

The same bench that has been looking after petitions on similar issues related to the state’s campaign against the CAA in many other forms which includes a breakdown of law and order situation involving damage to railway property etc, would be hearing the matter on January 9, 2020.

It was on the 16th of December when Mamta Banerjee ‘vowed’ along with many other party men of hers not to let the CAA and NRC implemented in West Bengal.

She quoted while reading an oath for her party members, “We will never allow NRC and CAA in Bengal.”

Leading to which, there have been reactions from various other politicians who believe that the campaign wasn’t thought enough.

Babul Supriyo who is currently the Union Minister and the BJP leader exclaimed, “if WB Chief Minister Mamata Banerjee had taken advice from few educated MPs & MLAs she has in her party about she (A CM) not having any authority, as per our constitution, to block an ACT that’s in the Central List & anyone other than Didi would know that Citizenship is Centre’s prerogative”.

If only @MamataOfficial had taken advise from the few educated MPs & MLAs she has in her party about she (A CM) not having any authority, as per our constitution, to block an ACT that’s in the Central List & anyone other than Didi wud know that Citizenship is Centre’s prerogative pic.twitter.com/0aL3YAzFPk

There were others too who reacted to the situation by thrashing Didi for her irresponsible behavior. A day earlier on 22nd December, the Governor of West Bengal, Jagdeep Dhankhar accused Mamta Banerjee of wasting the public money for running the campaigns against the CAA.

The reports read that the government demanded immediate removal of all the ads related to the anti-CAA campaign while quoting those “unconstitutional”.

Jagdeep Dhankhar said, “The government must act very very fast on that (the advertisement). I am sure the chief minister will at least withdraw those ads. They are absolutely unconstitutional. Impermissible. It is an atrociously criminal use of public funds.”

Further, the reports revealed that the advertisements which were led by Mamta Banerjee read that the CAA and NRC won’t be implemented in West Bengal. Reacting to which, Dhankhar reportedly deemed that opposing the CAA wasn’t constitutional as the act has been passed in both the Houses of Parliament. Further, he added that the campaign could lead to “anarchy”.