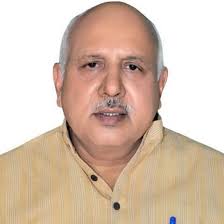 With Party colleagues at the National Executive meeting in Hyderabad. @BJP4India

In the 2022 Assembly elections, Surya Pratap Shahi of the Bharatiya Janata Party won the Pathardeva Assembly seat by defeating Brahma Shankar Tripathi of the Samajwadi Party with a margin of 28681 votes. He is 68 years old.

Surya Pratap Shahi has a nil criminal record and financial liabilities. His total reported income is Rs 14.2 lakh, of which Rs 9.9 lakh is self income. The total declared assets of Surya Pratap are worth Rs 6.5 crore, including Rs 4.1 crore in moveable assets and Rs 2.4 crore as immovable assets.