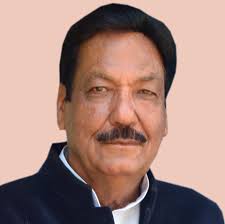 Be the first one to rate! Submit Review
Facebook Feeds
This message is only visible to admins.
Problem displaying Facebook posts.
Click to show error
Error: (#803) Some of the aliases you requested do not exist: chranjeetsinghofficial Type: OAuthException
Twitter Feeds

Today marks the 1st death anniversary of our CRPF brave hearts who lost their lives in a cowardly attack powered by the anti-India forces. I salute the commitment of our troops who round the clock protect the boundaries & pride of our nation. @crpfindia #PulwamaMartyrs #Salute🇮🇳

Ranjit Singh Chautala is currently serving as the member of Haryana Legislative Assembly from Rania vidhan sabha by 2019 elections. He has won the election as an independent candidate He is the son of Devi Lal and earlier he was elected to the 7th assembly from Rori. He was Agriculture Minister in the Second Devi Lal ministry Currently He is serving as power minister of Haryana.

Who is ranjit singh?
ranjit singh is INDEPENDENT's MLA from Rania. He was born in Rania , Haryana and currently lives in Ram Colony, Barnala Road, Sirsa (Haryana). Regarding his education, he is a Graduate and is into Agriculturist.
What is the net worth of ranjit singh?
ranjit singh has assets worth Rs 270,842,223 (Twenty seven crore eight lakh fourty two thousand two hundred & twenty three Rupees) and financial liability of Rs 1,639,462 (Sixteen lakh thirty nine thousand four hundred & sixty two Rupees).
Is there any criminal case registered against ranjit singh?
No, we have found 0 criminal cases registered against ranjit singh as of 2019. There are only few leaders in India who does not have criminal offences or cases registered against them. Choose your neta wisely and vote for nation's bright future!
How to contact ranjit singh?
You can contact him on 9416048386 or can email him on [email protected]. The accuracy of phone number and email details are not verified by ourneta.com.
About Neta
Assets & Liabilities
Details of Criminal Cases