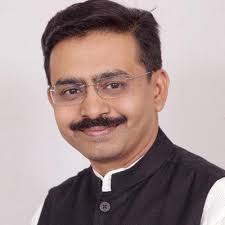 INC Member of Parliament From Hingoli

PPCA Error: Due to Facebook API changes on September 4, 2020, it will no longer be possible to display a feed from a Facebook Page you are not an admin of. The Facebook feed below is not using a valid Access Token for this Facebook page and so will stop updating after this date.
Twitter Feeds

COVID crisis
No Tests
No Vaccine
No Oxygen
No ICU...

Corona can cause a fall in oxygen level but it’s #OxygenShortage & lack of ICU beds which is causing many deaths.

GOI, this is on you.