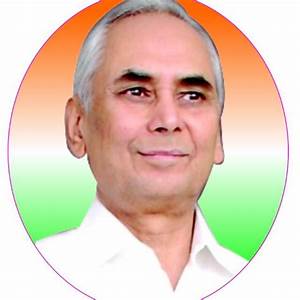 Scientists at NASA are closely monitoring a gigantic sunspot called AR3038, which has doubled in size in the past 24 hours. The sunspot's hazardous area faces Earth directly & might send solar flares our way if it bursts. Here's more. #Sunspot
https://www.newsbytesapp.com/news/science/massive-sunspot-pointing-toward-earth-doubles-in-size/story

The new scheme of #Agnipath, when regular vacancies are hold for two years , is bound to leave a bitter taste among the youth in an environment of ‘too many chasing too few jobs’. It is time to focus on employment led growth as a matter of policy.

Will PM Modi’s promise of 10 lakh jobs in next 1.5 years solve the unemployment crisis?

R S Pandey is a politician and a former Indian Administrative Service officer (batch of 1972 and retired in 2010).He is a member of the Bharatiya Janata Party (BJP) since December 2013 and a special invitee member of the BJP National Executive since March 2015. He has been a senior bureaucrat having held key positions across central and Nagaland state government administration.

In November 2015, he was elected as Member of Legislative Assembly (MLA), on a BJP party ticket, from the Bagaha assemble constituency in West Champaran district in Bihar.