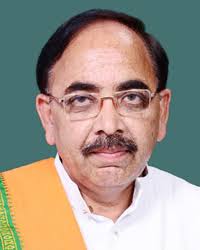 BJP Member of Parliament From Chandauli

#OxygenExpress has reached Delhi Cantt from Hapa, Gujarat via Green Corridor to provide continued supply of Oxygen for COVID-19 patients in the capital.

#OxygenExpress with filled oxygen tankers has reached Delhi from Mundra, Gujarat by moving swiftly through the Green Corridor.

This will ensure smooth supply of Oxygen for COVID-19 patients in Delhi.