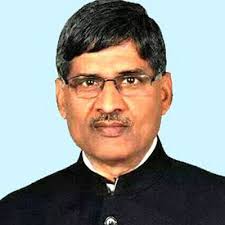 Verma started his political career by involving himself in student politics. He became the general secretary of Tanda student union in 1973.

Lalji Verma is an Indian politician, Ex. Minister of the Uttar Pradesh government and leader of the BSP(Bahujan Samaj Party) legislative assembly. He has represented the Tanda constituency in 1991, 1996, 2002, and 2007, respectively. The age of Lalji is 66 years.

Lalji Verma has been a Member of the Legislative Assembly from Katehari since 2017. In 2022, Verma of the Samajwadi Party won the Katehari assembly seat again by defeating Avdhesh Kumar from Nirbal Indian Shoshit Hamara Aam Dal with 7696 votes.

Lalji Verma’s total reported income is Rs 23.5 lakh, of which Rs 12.7 lakh is self income. His total declared assets are Rs 9 crore, including Rs 2 crore in moveable assets and Rs 7.1 crore as immovable assets. Lalji Verma has total liabilities of Rs 31.5 lakh with one criminal record.

Who is Lalji Verma?
Lalji Verma is SP's MLA from Katehari. He was born in Mohiuddinpur and currently lives in Mohiuddinpur, Dihwa Daulatpur, Ambedkar Nagar, Uttar Pradesh- 224230. Regarding his education, he is a Post Graduate and is into Agriculturist and Social Worker.
What is the net worth of Lalji Verma?
Lalji Verma has assets worth Rs 90,174,093 (Nine crore one lakh seventy four thousand ninty three Rupees) and financial liability of Rs 3,145,000 (Thirty one lakh fourty five thousand Rupees).
Is there any criminal case registered against Lalji Verma?
Yes, we have found 1 criminal cases registered against Lalji Verma as of 2019. There are only few leaders in India who does not have criminal offences or cases registered against them. Choose your neta wisely and vote for nation's bright future!
How to contact Lalji Verma?
You can contact him on 09936890035 or can email him on [email protected]. The accuracy of phone number and email details are not verified by ourneta.com.
About Neta
Assets & Liabilities
Details of Criminal Cases
IPC Section-171H
1 charge related to Illegal payments in connection with an election (IPC Section-171H)