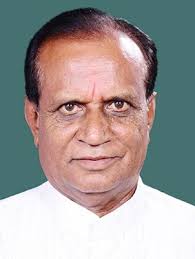 BJP Member of Parliament From Sabarkantha

I pay homage to Shri Balasaheb Thackeray on his Jayanti. He will be remembered forever as an outstanding leader who always stood with the people.

I bow to Netaji Subhas Chandra Bose on his Jayanti. Every Indian is proud of his monumental contribution to our nation.