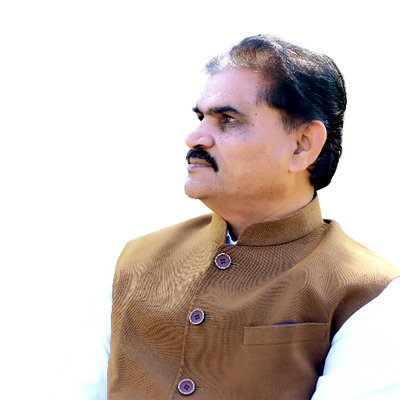 Dilipkumar Viraji Thakor (born 1st June 1959) is a popular politician from Patan District of Gujarat and has been currently serving as a Cabinet Minister for Labour and Employment, Disaster Management, Devsthan, Pilgrimage Development in Government of Gujarat under the efficient Leadership of Chief Minister Shri Vijaybhai Rupani. Dilipkumar has been representing the Chanasma Constituency of Patan District in the Gujarat Legislative Assembly.

Dilipkumar Viraji Thakor was elected as an MLA in 8th, 10th, 11th, and 13th Gujarat’s legislative assembly elections. He is known for his passion of innovative and organic agriculture, he completed his studies till SSC and started contributing after the development of agricultural sector.

It is rare that you find someone who personifies the mantra “simple living and high thinking”; it is even less likely to get to know a public figure who is humble and one with the ground. He lives in modesty and feels one with the common man and lives to serve the people and treasures his human relations as most precious. Dilipkumar is known as a down-to-earth minister and popular among the citizens as an approachable leader.

He had grown up seeing his father Shri Viraji Thakor who was an MLA for 3 consecutive terms from the same area and who lived his life dedicated to the poor and downtrodden people of the area. Dilipkumar’s grandfather believed in Kabir’s philosophy, which professes love and cares for all living beings. Being in this deeply spiritual environment and having his father as a role model, he grew up to hold these values of simplicity and public welfare close to his heart.

The leaders of our nation have inspired him viz. Mahatma Gandhi and his philosophy of simplicity, Sardar Patel and his ideals of being close to his roots and Prime Minister Narendra Modi’s stirring dedication to public welfare.

His passion towards social welfare has reflected in his work throughout his career. He was never ambitious to be a politician, but after his father’s demise, people around him looked up him to follow the footsteps of his father and carry forward the legacy. To uphold the faith and trust that the people had in his family, he entered politics and became a beloved leader. Since then, his journey towards people-oriented activities and decisions has been going on with vigor.

As a part of Gujarat Chief Minister Vijay Rupani’s strong team of Minister, Dilipkumar Thakor has taken a few major initiatives that have benefitted the people of the state. One of his most significant initiatives was the Mega Job Fair to ensure employment of local youth through a transparent system. The fair was conducted across the state.

Dilipkumar Thakor, while being a simple man in his personal life, is a dynamic minister who is constantly on the lookout for programmes in the best interest of the citizens. Being a visionary and prudent leader, he likes to plan for the long-term benefit, not just short-term goals. Talking about an initiative that exemplifies these qualities.

Out of his deep-rooted culture and upbringing, he empathizes with the poor and needy. He understands the concerns they have and the troubles they go through. He noticed that many families are obliged to sell-off their farmlands or ancestral jewellery to get their children married. To help these families, he brought back the tradition of community weddings or samuhlagna (mass marriage), where he would organize one big function and all the brides and grooms would get married at that venue, saving on a lot of expenditure of hosting a private function.

As a member of the Gujarat Legislative assembly, he dedicatedly performed his duty as a Minister of State for Labour and Employment and Welfare of Socially and Educationally Backward Classes under the former women CM of Gujarat Anandiben Patel’s leadership. Besides, he was twice elected as a chairman of Harij APMC.